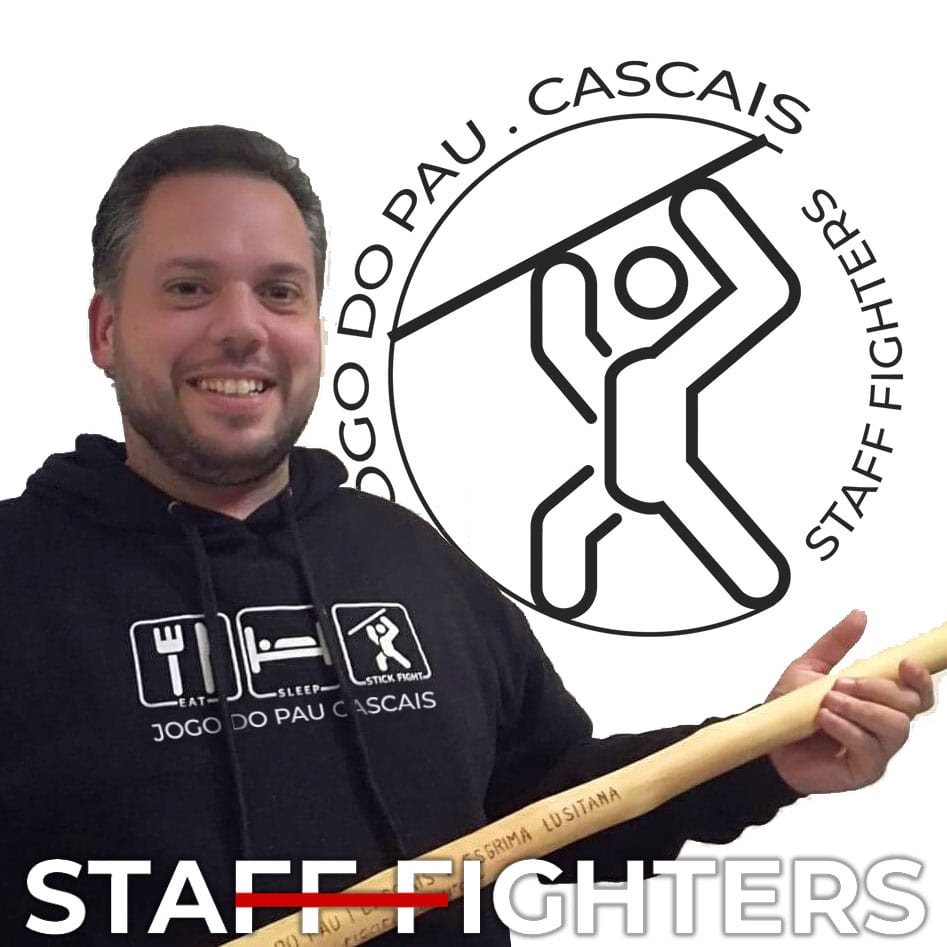 Ricardo Moura is the Founder, President and Main Teacher at the Jogo do Pau Cascais Association / Staff Fighters.

Cinta Preta (Black Belt) in Jogo do Pau Português, 5º degree in Combat Baton and Self Defense.

Started is practice as athlete in Judo where he developed is skills for 14 years, at the Lisbon’s Club C.A.C.O. Achieving the teacher status as Monitor Level 1 while supporting Master Luis Corrula in teaching younger classes.

Devoted the last +10 year learning and teaching the Portuguese martial art, a path that started in Ginásio Clube Português, under de direction of Master Nuno Russo, and developed into a supporting teacher role to the main Master in charge of the initiated and intermediate classes.

Started the Cascais Club in 2013 as main teacher, in witch would become the Jogo do Pau Cascais Association in 2017 (at the time using the name Esgrima Lusitana Cascais).

Since 2013, this club has entered virtual all Jogo do Pau Open Competitions, getting medals and titles in every one, and taking a leading part in developing the competition/ sport aspects of this martial art, by organizing some of the major national competitions.

In 2019 was a Founding member of Stafffighters Martial Arts Group and Gathering.

Today, manages the Cascais Association that as grown into 3 different training locations.